For a Brave Woman Who Bucked Tradition, Only a Unique Memorial Would Do 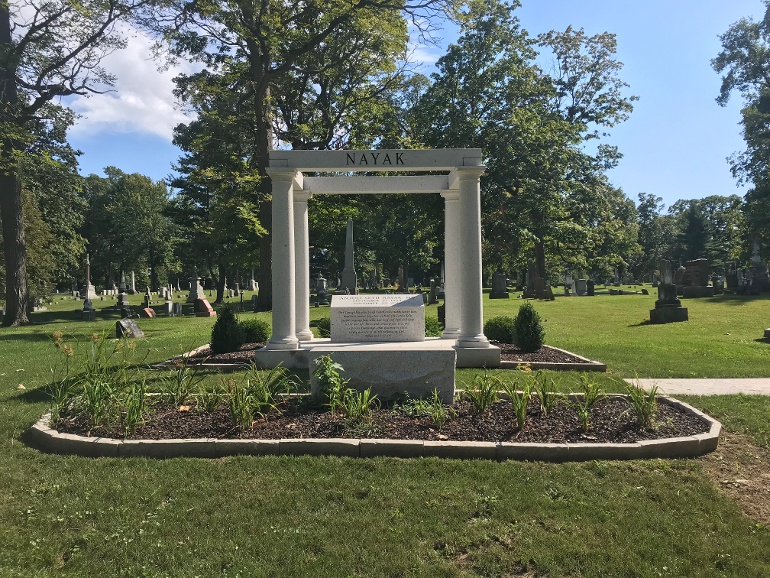 Anjuli Nayak was a fighter. She fled India where she was born to escape the stigma of being a woman and became a renowned allergist and immunologist in the United States. And when she was diagnosed with an aggressive form of cancer, she fought for six years to beat the odds enduring 40 rounds of chemotherapy and a bone marrow transplant.

After she succumbed to Acute Lymphoblastic Leukemia in 2016, her family was left with the challenge of finding a way to memorialize Nayak’s extraordinary life.

Enter Mark Ifft, owner of The Pontiac Granite Co in Illinois who worked with the late doctor’s family to create a memorial that put all the design elements together within a specified budget. “It’s really all about trying to memorialize a person as the family members see her,” he said. “I like to sit with the family and talk about their loved one and work together to come up with a design idea.”

The memorial features a bevel with an inscription from Ephesians.

When he did sit down with Nayak’s son — a physician like his mother and two other brothers — Ifft learned that the former Associate Professor in the Department of Pediatrics at the University of Illinois was a woman with a wide range of interests. Nayak loved the opera and often attended the theater and concerts, but she was also an enthusiastic baseball fan and rejoiced when the Cubs won the World Series in 2016. She also wrote a memoir, Plucked From a Mango Tree, which detailed how she overcame discrimination early in life, setbacks in career and personal life, and finally, the suffering caused by cancer.

She endowed a $3.5 million professorship at the University of Chicago Medicine for leukemia research in 2015 where she’d received several experimental cancer treatments. Her goal was to bring a more full and longer life to other leukemia patients. 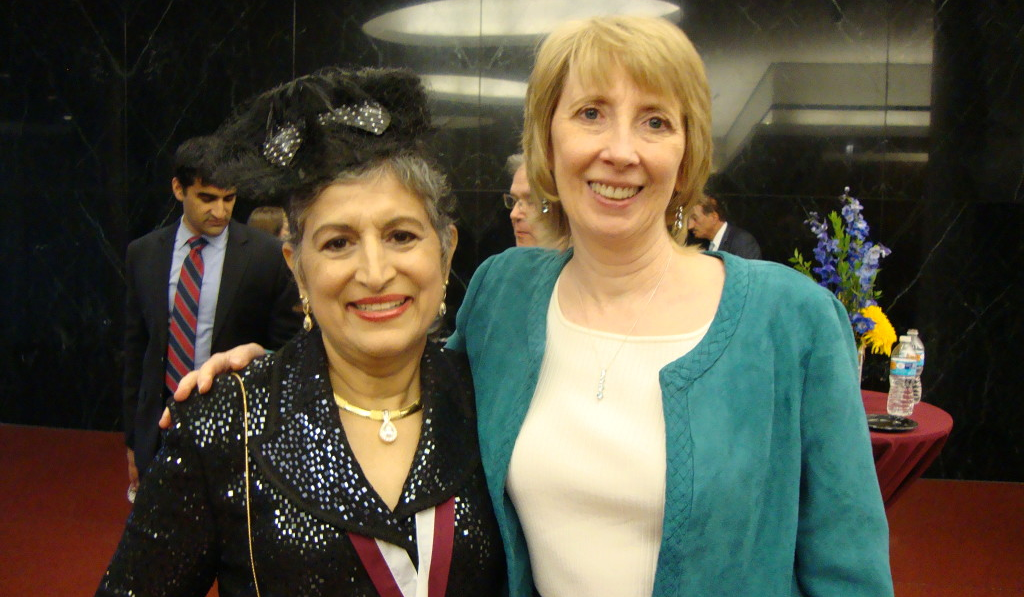 Anjuli Nayak with her friend and author of her memoir, Evelyn Puerto.

According to longtime friend and the ghostwriter of her memoir, Evelyn Puerto, Nayak was also a very spiritual woman, having converted from Hinduism to Christianity many years earlier. “The suffering of her disease caused her to examine her faith, to test it, and ultimately, find peace and solace,” Puerto wrote.

The orange ribbon detail symbolizes the fight against leukemia.

Honoring a life led to the fullest

Ifft said he came up with several design options for Nayak’s family to choose from, which incorporated elements like white lilies and the orange ribbon that symbolizes the fight against leukemia.

The feature memorial incorporates pavers, columns, headers and bevel in BETHEL WHITE® granite. The quadrant design is a defined space yet one that’s open to light and allows visitors easy access to the interior. Because Nayak was confined to a wheelchair toward the end of her life, Ifft said it was important to the family that the pathway leading in was ADA compliant and could be easily navigated by all visitors.

Based on Ifft’s design, Rock of Ages cut the blocks of granite at the quarry in Graniteville, VT. “I think it really resounded with the family that they were able to select the granite pieces that worked and that the same people cutting the rock from the ground were the ones creating the memorial.”

Pontiac Granite Co, which has been an authorized Rock of Ages retailer since 1932, performed the installation of the memorial once the pieces were shipped from the craftsmen center in Vermont.

The Bethel White granite was the natural choice for the project since it would provide a good contrast for the memorial’s inscription and for the addition of Nayak’s favorite flower, the white lily. Ifft said that because the personal family feature memorial was located in an older part of the cemetery, the granite would lend itself to the section as it aged. “It’s a timeless color to use,” he said.

In the end, Ifft said the family was pleased with the outcome. “It was the perfect tribute to a woman who had lived life to its fullest,” he said.

Create a memorial as unique as the person who lived. Get started with our Headstone Style Guide.