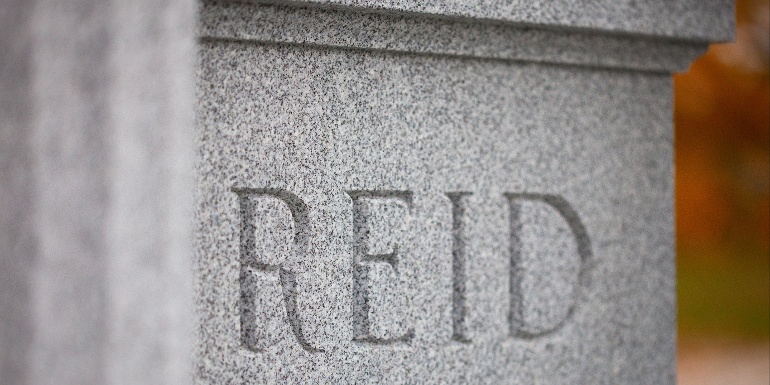 Joe Cassara sees it all the time. It’s hard to convince a customer that quality and value are not synonymous with price. It’s even harder when you turn out to be right. But that’s what happened when he unboxed the crate on the granite headstone shipped from overseas to his business, Supreme Memorials in Brooklyn, NY.

A beautiful granite headstone with carved flowers, and saw blade marks across the face of the memorial. It was an order for a customer who had been shopping around online and, wooed by the lower prices of stones available via import, selected a granite headstone from China. Cassara explained that if she ordered the headstone and wasn’t satisfied with the result, there would be no recourse with the online company. She was undeterred, “It’s a good deal,” she said. As soon as he opened the crate Cassara saw the poor craftsmanship - a shortcut job to save time and money - and shook his head. He would call the company and report the problem, but he already knew what their answer would be - “It is what it is.” And he would have to break the news to the customer.

That’s the standard answer from online headstone vendors, even those from the US, and it leaves customers in the lurch every time, Cassara says. Cheap headstones, it turns out, can cost you a lot of money. Here are a few reasons why.

Online headstone dealers leave off the “handling” when they’re shipping

If you’ve ever seen granite countertops on the road for delivery, you know there is something to delivering heavy, breakable items. Secured in special A-frames, the giant slabs pass safely over potholes on their way to a kitchen and bath dealer. Like those countertops, granite memorials are strong, but they need special care.

“When we accept overseas memorials by delivery, a lot of them are broken because they send them by common carrier,” Cassara said. “For our Rock of Ages memorials we use haulers who are expertly qualified and experienced in handling granite memorials. They know how to handle and pack the stone. Stones you’re buying online are not handled with the same care. I’ve got pictures of them stacked on top of each other.” 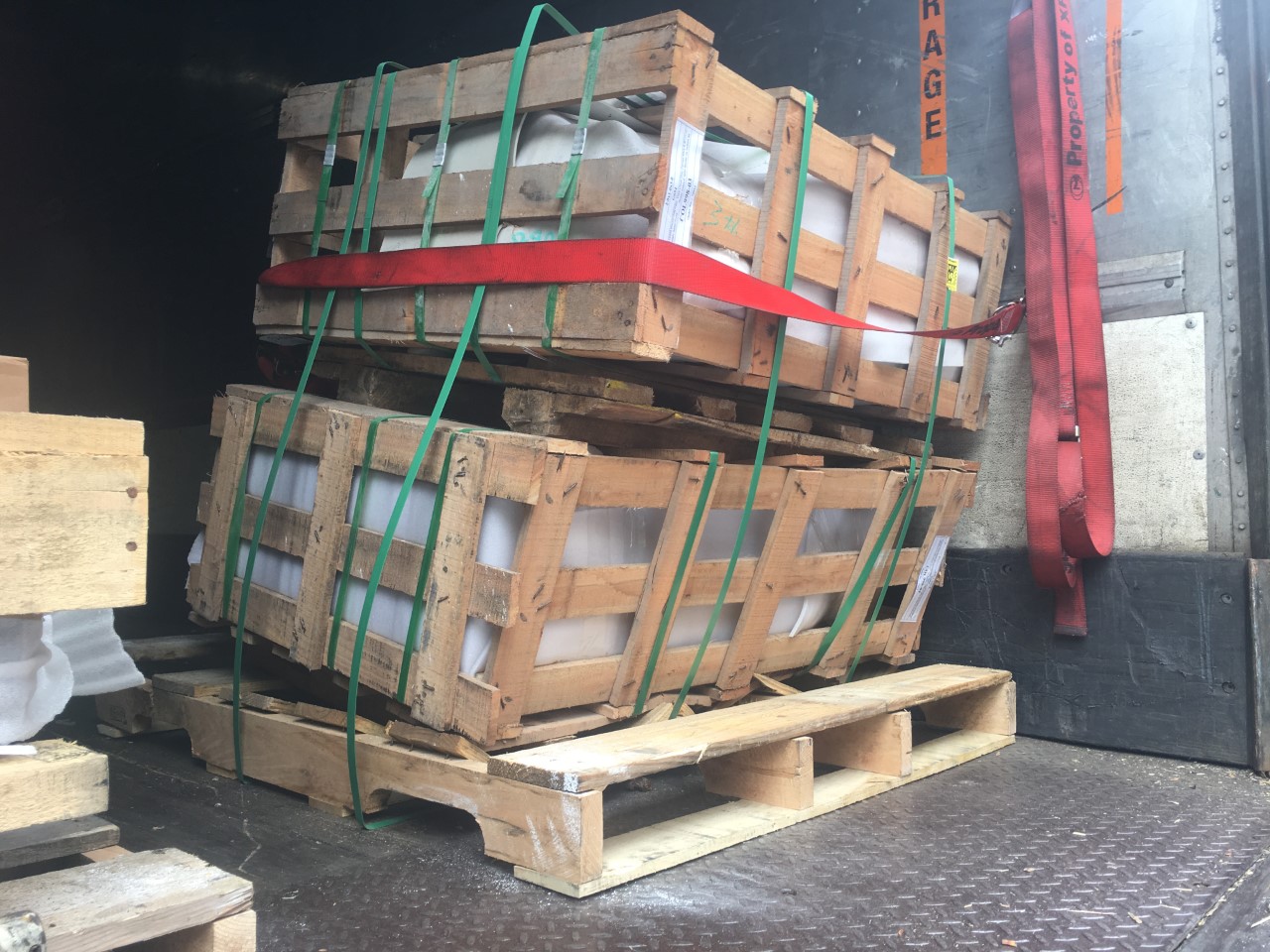 Online headstone manufacturers ship via freight rather than through professional handlers, sometimes resulting in damaged memorials.

There’s a great distance between a delivery drop off and a carefully installed monument. “When a customer orders a headstone online,” Cassara says, “The company ships it to their house or to the cemetery. Cemeteries in the city do not install headstones. So the customer will have to call a company like ours.”

Supreme Memorials serves New York City, Staten Island and the tri-state area. Most of the cemeteries in this area, he said, don’t allow driving on the grass so his workers bring headstones in on hand trucks. At more than 2,000 lbs each that’s a DIY project customers don’t want, and a cost they didn’t expect when they first saw the cheap price tag online.

The unsightly saw marks on the overseas memorial Cassara received are one of the “you get what you get” realities of buying headstones online. But there are more grim realities that consumers can’t even predict. One New York cemetery, Cassara said, has completely banned black granite memorials with etched portraits because of terrible experiences with imported granite headstones in particular. While there are high quality black granites that can be carved to last generations, (Starlight Black from Africa being a prime example. Rock of Ages perpetually guarantees both the stone and carving on these SEALMARK ™ memorials),  the cemetery could no longer tolerate “black” memorials that faded and became unreadable after just a season or two. The culprit it turns out is low quality “black” stones manufactured in China or India. Online retailers source cheap granite, and rather than separating out the inferior blocks, apply a darkening agent that covers up granite imperfections. Outside in the weather the darkening agent eventually fades and you see those imperfections clearly.

Read more here about those “cheap headstones” and how to avoid them.

Lack of local knowledge is expensive

One of the intangible benefits of working with a local memorial dealer like Cassara, or one of his counterparts across the country, is that he has local knowledge. “We know almost every cemetery in the tri-state area,” he said. “We know their rules and regulations and permitting. We know every fee and every new policy. Online retailers don’t know your cemetery.”

As evidence he sites a chilling story of a customer who came to him after being burned by an online headstone dealer based in California. Through their website the customer had designed a beautiful polished flat marker memorial for their daughter. When they went to have it installed at the cemetery they learned that the management had recently banned all polished markers after a slip and fall case. They called the company for help but were told, “Sorry, you signed off on the order.” Now this grieving family had to pay for a second grave marker. This time they went with a Rock of Ages memorial.

More here on how to chose a cemetery. 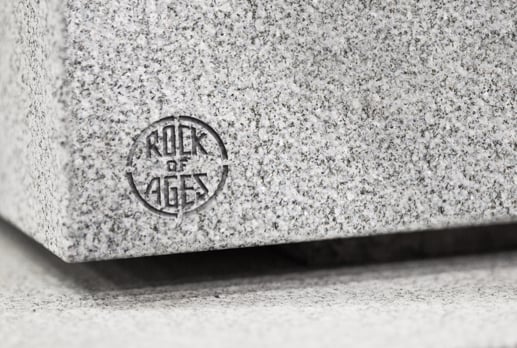 The Rock of Ages Sealmark denotes the company's perpetual warranty on the stone and workmanship.

Click-to-buy headstones aren’t guaranteed, but these are

If broken crates, faded memorials and headstones banned by cemeteries have you spooked, don’t worry, there is an alternative. There still are local dealers, like Supreme Memorials, in just about every market who sell domestic granite headstones that come with a perpetual warranty, on both the stone and the carving. These Rock of Ages authorized dealers can provide you with a granite headstone made in North America that will fit your cemetery’s regulations and last into the next century. And if there’s a problem, Rock of Ages will take care of it.

Case in point: One of Cassara’s company services is adding names to existing family memorials. Recently as they were preparing to add a name to a companion headstone, his team found a crack in the base of a 40-year-old memorial.

“On the site inspection my team noticed the crack and saw that the base had a Rock of Ages seal. I called up the company, they found the original order and sent a new base, no questions asked. They really stand behind their work.”

Find out if the dealer you’re working with will deliver you a headstone built to last. Download our Headstone Comparison Shopping Checklist.